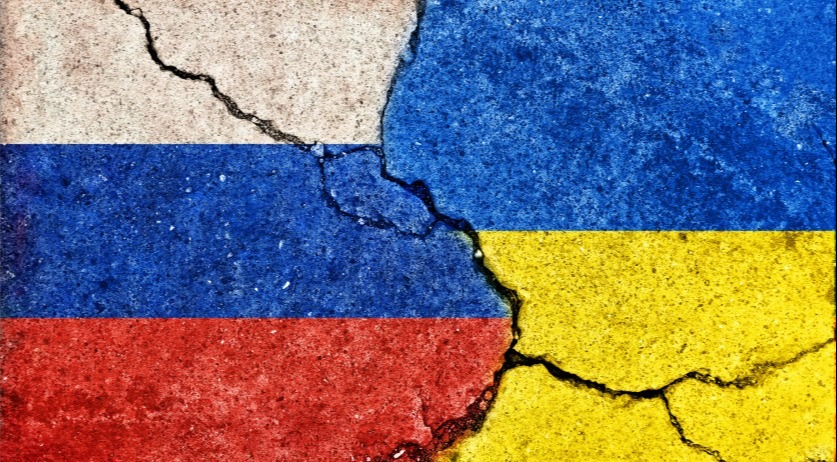 The Russian Invasion and Your Investments

Despite repeatedly denying he had any designs on his neighbor, Vladimir Putin launched an invasion of Ukraine late last month. As I was listening to news reports on my way back and forth to Winter Park, I reflected what life must be like in the homes of moms, dads, sons and daughters in Kyiv. I can’t even imagine being in their position. From a financial perspective, investors braced for a possible invasion for much of February. We saw it in increased market volatility and a drop in the major indexes, though the decline up to the invasion was generally modest.

Since hitting highs early in January, the S&P 500 and Dow Jones Indexes are down by over 10 percent as of March 7—the definition of a market correction, while the Nasdaq is now in bear market territory, defined as a decrease of over 20 percent.

It’s the first official correction since the early days of the pandemic, and the sell-off cannot be fully blamed on the Russia-Ukraine crisis. Investors are also wrestling with higher inflation and talk of higher interest rates from the Federal Reserve. But the crisis at hand has driven sentiment in recent days.

Yet strong Q4 corporate profits, according to Refinitiv, and the growing economy have cushioned the downside. It has been a powerful tailwind for investors, but not enough to overcome stiff headwinds from geopolitical uncertainty and talk of higher interest rates.

When heightened uncertainty arises, it simply means that the number of potential outcomes for the economy is increasing. In most cases, those possible outcomes are usually negative, even if the odds of occurring are remote.

Therefore, short-term investors recalibrate and attempt to discount possible negative outcomes. Over time, the new reality gets incorporated into the outlook and the focus returns to the domestic economy. That has been the historical pattern. In other words, selloffs tied to geopolitical uncertainty have had a temporary effect on markets in the past.

During the Cuban missile crisis, the S&P 500 lost 6.6 percent over eight days. At the time, the world appeared to be on the brink of nuclear annihilation.

The biggest decline occurred after the surprise attack on Pearl Harbor. The index shed nearly 20 percent in 143 days but managed to erase losses within one year of the attack.

Looking Into a Murky Crystal Ball

How the war affects the U.S. and global economies will ultimately have the biggest impact for investors. What will happen to oil prices? How might sanctions play out? Could we see cyberattacks or a wider war that involves NATO? Will the invasion rein in the Fed’s apparent impulse to boost interest rates at an aggressive pace? These are difficult questions to answer.

While we have been due for a market correction, attempting to time such a pullback is all but impossible. There are those who have been calling for a correction for several years and found themselves watching stock market indexes rise to new heights. Besides, if you want to time the market, you must be right twice to be successful—near the top and near the bottom. The smartest analysts haven’t figured out that equation. They never will.

Longer-term, the biggest influence over stocks is the U.S. economy, the Federal Reserve and corporate profits—the economic fundamentals. How the invasion affects consumer psychology will play a big role.

The direct impact of Russia and Ukraine on the U.S. economy is quite limited. From December 15, 2021 to February 17, 2022, just 4 percent of the S&P 500 firms that conducted earnings calls with analysts (earnings calls typically follow the release of an earnings report) cited the word “Ukraine,” according to FactSet.

By contrast, 72 percent of S&P 500 companies cited “inflation” over the same period. Indirect concerns might spring from oil prices and certain commodities Russia and Ukraine export.

Control What You Can Control. What Is Happening Overseas Is Something You and I Cannot Control.

Your financial plan helps manage emotions. It is the roadmap to your goals. It incorporates the unexpected potholes you will hit along the way toward your goals. Just as it helps prevent you from taking on too much risk when stocks are rising at a quick pace, it also helps prevent emotional decisions that are rarely profitable when stocks are declining. War can take ugly turns, and we are bracing for more volatility. Disappointments could send stocks lower, while positive surprises could boost equities. We won’t pinpoint a market bottom, but in the 32 times the S&P 500 Index has shed at least 10 percent since 1980 (excluding the current correction), one year after hitting a bottom, the index was up 24.8 percent on average. It was higher 90.3 percent of the time, according to LPL Research.

In the 13 times the S&P 500 has dropped between 10 percent and 15 percent since 1980 (excluding the current correction), the average gain from the low after one year was 21.9 percent. The index rose in all but one of those instances after one year.

When UBS analyst Art Cashin began in the business over 60 years ago, a veteran trader told him, “The world only ends once. Don’t bet on the end of the world. The odds are way against you.”

If you think you would benefit from a portfolio analysis and look at the bigger picture as well, please schedule our introductory two meeting financial planning process at no charge to allow you to get to know us better and start to get organized and put together a plan of action. Go to go.oncehub.com/StewardshipColorado and schedule a virtual or face-to-face meeting to get started on your journey, or give us a call in the office at 303.500.1931.

This material is for informational purposes only and not to be construed as individual advice.  Past performance does not guarantee future results and investing during any market cycle poses risks including the loss of principal. Investors must consider their risk tolerance and investment  objectives to stay invested during down markets.