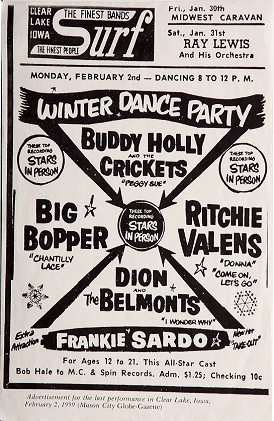 The Day the Music Died

On Sunday June 14th in the late afternoon my son and I were riding Three Sisters in Evergreen and I crashed HARD breaking my collarbone, shoulder blade and 4 ribs.  The impact knocked the wind out of me and when I got over the initial shock, I tried to sit up and felt the broken bones grinding with intense pain.  A bystander helped me call Evergreen Fire & Rescue and I was very happy to see my friends who took good care of me and gently transported me to St. Anthony’s Central Hospital where I spent two nights stabilizing.  I am healing fast from my injuries and expect to fully recover.  (Yes, I got back on my bike a few weeks ago for some CAREFUL neighborhood rides up Witter Gulch to Highway 103 and back).

One of the disappointments of my accident was how it affected our active plans for the summer.  Some of the plans just had to be cancelled, such as a whitewater trip down the Main Salmon River in Idaho.  For over a year I had been looking forward to our planned trip to Clear Lake, Iowa to visit a wonderful couple who my family and I adore.  They had invited us for two years running and the idea of a last-minute cancellation did not sit well at all despite my reasonably legitimate excuse.

25 days after the accident and 7 days after my collarbone surgery we headed to Clear Lake for a relaxing long weekend.  One of the highlights of the trip was a visit to the Surf Ballroom which is one of the few remaining venues built as a dance hall in the post-WW2 Big Band era.  The Surf is certainly most famous for hosting the final shows in the brief careers of Buddy Holly, J.P. “The Big Bopper” Richardson, and Richie Valens on February 2nd 1959.  Those three along with the pilot died tragically in a plane crash in the early morning after the show.  I had heard this story before and in fact went through a period as an undergrad at Rensselaer Polytechnic Institute where I binge-listened to Buddy Holly after one of my friends introduced me to his revolutionary work.

After returning home I become somewhat obsessed with the accident hoping to understand how something like this could happen.  That concert at the Surf Ballroom was the 12th show scheduled in 11 days as part of the 24-day “Winter Dance Party” that became the most infamous tour in Rock & Roll history.  From all accounts the tour was a logistical disaster from the onset with shows often scheduled hundreds of miles apart during January and February of one of the most brutally cold Midwestern winters in decades.

After the Fort Dodge show on January 30th, the musicians rode in their unheated tour bus from Iowa to Duluth, then Green Bay, and then back down to Clear Lake.  Each leg was well over 300 miles driven in the frigid dark after midnight.  Temperatures dropped below -30F and the bus broke down causing Buddy’s drummer Carl Bunch to get frostbite on his feet.  After Clear Lake they had played four shows and travelled by bus over 1,000 freezing miles in 76 hours and had another long cold ride to Fargo next.  Texans Buddy Holly and J.P. were cold and tired and so was Southern California star Richie Valens who had not even packed a winter coat.  The Big Bopper was also sick with the flu and they were all weary of trying to sleep sitting up on hard bus seats.

Dreading the 364 mile bus ride, the headliners chartered a flight to Fargo to save time, warm up, do laundry and get some rest.  They took off in the early morning of February 3rd and only made it a few miles when their 21-yr old pilot Roger Peterson likely got disoriented and nosedived into a frozen cornfield killing 17-yr old Valens, 22-yr old Holly and 28-yr old Richardson.  Peterson did not have an instrument rating to fly solo and was also not certified for night flying but he may have been the only pilot available on such short notice.

In 1972 Don McLean wrote “American Pie” which commemorates February 3rd 1959 as “The Day the Music Died”.  I listened to that song in July and reflected on their profound musical influence and the joy those 3 men brought to so many both during and after their short lives.  I personally had precious little wisdom or foresight when I was in my teens and 20s and so I certainly don’t fault any of them for what happened.  In retrospect however, it is obvious that a very poor plan from the beginning created the conditions that led to the tragedy.

Clarifying your financial and legacy goals can be daunting and often takes a backseat to more immediate matters.  But once you have a vision for your financial future you can make plans that consider both the likely and the unexpected.  We as representatives of Stewardship Advisory Group serve as trusted advisors with both wisdom and foresight to help our clients plan wisely and execute those plans efficiently to avoid financial pitfalls preparing for and in retirement.

To schedule a confidential and complimentary consultation please call Jenny Feller before August 31 at 303.900.4018 or visit us at http://stewardshipcolorado.com to learn more.