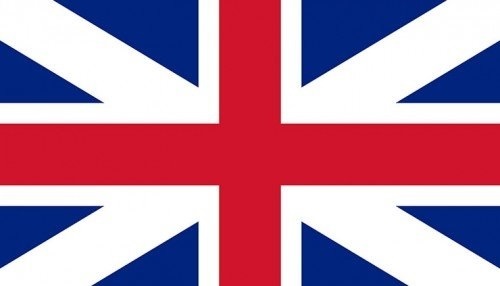 Preparing for the Next Crisis

I love this time of the year!  Long days mean long mountain bike rides after work at my favorite open space park, Centennial Cone, in nearby Clear Creek Canyon.  In June and July, I ride the Cone two or three times a week, sometimes with a group of friends and sometimes alone.  The Cone is smooth and flowy with fantastic scenery and is not busy during the week so I can listen to audiobooks to enrich both mind and body.

The DOW Jones Industrial Average dropped nearly 900 points in the two market sessions after the surprise positive ‘Brexit’ (British exit from the EU) vote.  After the Friday 610-point drop, I was again riding the Cone and listening to a great book when a large rattlesnake appeared, sunning itself on the trail directly in front of me!  I let out an involuntary yell as I stopped a few feet short of running over the snake, which immediately coiled and started rattling aggressively!  My heart rate jumped as I backed away and watched the rattler from a safe distance.  The snake rattled loudly for quite some time as I stood at a safe distance, giving it a lot of space.  It eventually calmed down and wandered off, and I resumed my ride with some extra vigilance.

The initial Brexit reaction across world markets was like my rattlesnake encounter – an initial shock with a huge spike of fear that had investors scared and confused, followed by the slow calming of nerves and an apparent return to the status quo.  That was my fourth rattlesnake encounter in the past few years and after the first one, I did some research.  I learned that rattlesnakes will hold their ground when they feel threatened, but typically only strike humans in self-defense, so the best plan is to remain calm and patient and let the situation resolve itself.

Recently, one of my favorite blog authors wrote about the accomplished institutional investor, Bob Maynard.  Maynard manages the $14 billion pension fund for the state of Idaho, and his long-term returns are consistently in the top quartile of his peers.  He credits his long-term success not to complex strategies, but to following these basic guidelines, with great discipline:

Stormy markets are much easier to weather when you have a written plan to follow that is based on those principles.  Even so, it can be very difficult to be a patient investor for most of us.  You must remain cool during scary market drops and also endure the boredom and frustration of sideways markets which can last for years.

Many investors were filled with fear, frustration, and even anger during the first two days after the Brexit vote, and also filled with a strong desire to take action.  If you had an emotional reaction to Brexit, that could be a sign that you need to reconsider your investment portfolio.  Or you may just need to revisit your current plans to build the conviction and confidence needed to weather the next market storms, whatever they may be.  Our new clients often have investment portfolios that are poorly designed and contain volatile investments that are not a good match for their particular investor temperament.  We meet investors who sold near the bottom during the 2008/2009 market crash when their investment faith and willpower were simply overcome, converting a sharp and steep temporary market decline into a permanent loss that they still regret.

Last month in our Evergreen Volunteer Fire business meeting, Chief Duncan relayed to the firefighters a conversation he had with one of the paid Paramedics.  When asked who his favorite volunteer firefighter was, the Paramedic said “the one that shows up at our call.”  In that same way, the best portfolio for you is not necessarily the one with the most famous fund managers, the lowest expense ratios, the most 5-star funds or even the highest trailing 3, 5 and 10-year returns.  The best portfolio for you is the one that you can remain invested in through any market condition.  With that said, some of our clients cannot stomach even moderate market drops and don’t discover that until they experience one too many of them.  That leads us to choosing different approaches for them, such as tactical strategies that provide protection to the downside or guaranteed products that are not exposed to market risk.