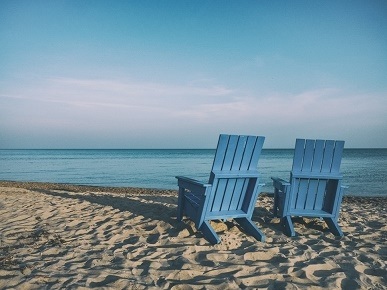 Not Your Father’s Retirement

One of the most interesting parts of being a county commissioner is representing Clear Creek County to the State of Colorado. I currently serve as a council member on the State Emergency Medical and  Trauma Advisory Services Council (SEMTAC), a commissioner on the Colorado Commission for Aging (CCOA) and also as a board member on the Denver Regional Council of Governments (DRCOG) Area Agency on Aging (AAA). CCOA and the DRCOG AAA both focus on advocacy and policy for our senior community and are working on very difficult issues that affect Colorado’s aging population including transportation, healthcare, housing and accident prevention. I personally have a very keen interest in how seniors are affected by financial issues, and I am bringing that perspective to add to the good work already going on at the state level.

I have written in the past about Stewardship’s use of Aladdin, which is a risk management platform provided by BlackRock, a leading investment management firm. BlackRock also provides financial research, and the BlackRock Retirement Institute (BRI) recently published a white paper titled “Spending retirement assets… or not,” and my article this month is based on that research. This BRI study segmented retirees into three groups, based on pre-retirement non-housing assets: lowest wealth (less than $200k), medium wealth ($200k to $500k) and highest wealth (over $500k). The most surprising findings of their research is that the behavior of retirees is essentially the same, no matter what their wealth level is.

Retirement spending equals retirement income, just as before retirement for most families, independent of their wealth levels. If the retiree has assets they tend to only spend whatever income is generated and hold onto the principal.

Retirees fear end of life expenses, independent of their wealth levels. Fully 35 percent of retirees actually grow their nest eggs during retirement and there is good evidence that the potential for large end of life medical expenses are the reason.

Beneficiaries get whatever is left, independent of the retiree’s wealth level. Fully 85 percent of the retirees surveyed had no specific plan regarding how much to pass along and 70 percent of Americans don’t even have a will which means the state they live in will decide who gets the inheritance (usually spouse, then kids, then parents, then siblings, etc). Only 8 percent of those surveyed indicated that they had decided on a specific minimum level of bequest to pass along and another 3 percent had a specific amount in mind.

Future Retirees May Be Less Fortunate Due to Several Factors

No pension–28 percent of private sector workers had pensions in 1979 compared to only 2 percent in 2014.

Lower social security benefits–workers retiring in 2034 are projected to have only 77 percent of the current benefit, according to the 2017 Social Security Administration Report.

Longer retirements–the life expectancy after age 65 has grown from 17.2 years in 1990 to 19.4 years in 2015 and is expected tocontinue to increase.

What is happening is a wholesale transfer of investment and planning risk from governments and corporations to individuals, and the evidence suggests that individuals are not prepared to effectively manage this process. Instead of living a rich retirement, they hold onto their assets and eventually leave them behind without an intentional strategy.

We provide a compassionate and confidential approach to help clients get their financial houses in order. This includes  strategies to create reliable retirement income that you cannot outlive and a thoughtful approach to passing along assets to the people and institutions you love. We can work on an ongoing basis or provide specific quotes for any of your one-time planning or investment needs, and we always offer an introductory meeting at no charge to allow you to ask us anything that is on your mind and get to know us better.