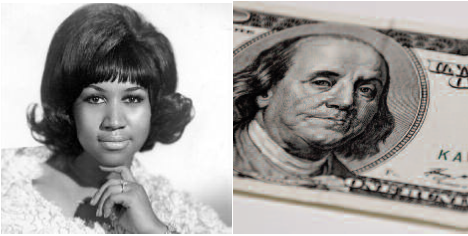 A Tale of Two Franklins

I was sad to learn of Aretha Franklin’s death last month at age 76, and surprised to find out that she died intestate (without a will). Dying intestate often means a long, expensive and public process (probate) where state laws and strangers make all the decisions. Aretha left behind four sons and other family, but no instructions on how to divide up her $80 million estate. There are also no provisions to protect her specialneeds son larence, who will need financial assistance for the rest of his life. “I tried to convince her that she should do not just a will but a trust while she was still alive,” says Don Wilson, a Los Angeles lawyer who worked on entertainment matters for Franklin for nearly 30 years. “She never told me, ‘No, I don’t want to do one.’ She understood the need. It just didn’t seem to be something she got around to.” Wilson says she would not have wanted to see her finances publicly aired: “She was a private person.”

Many other smart and successful people over the course of history died intestate including Abraham Lincoln, Martin Luther King Jr., Pablo Picasso, Howard Hughes and Prince. A 2017 Caring.com survey revealed that less than half (42 percent) of U.S. adults currently have estate planning documents such as a will or living trust, and for those with children under the age of 18, the figure is only 36 percent. 47 percent of survey respondents without estate documents said, “I just haven’t gotten around to it.”

A few years ago, my friend Russ Kyncl gave me a copy of his book, “Visions to Do Good” (available on Amazon) about the personal philanthropy of Founding Father Benjamin Franklin.  Like the Queen of Soul, Benjamin Franklin left behind a sizeable estate, but his planning was both intentional and aligned with his values, and continues to have a positive impact today. Franklin’s interest in “being useful” started in childhood upon reading Dr. Cotton Mather’s 1710 book titled “Essays to Do Good.” In a 1779 letter, Franklin wrote to Cotton Mather’s son Samuel: “If I have been, as you seem to think, a useful citizen, the public owes the advantage of it to that book.” Young Ben Franklin was also able to witness Dr. Mather organize groups to help improve Boston’s neighborhoods. Franklin later emulated Mather in his new city of Philadelphia by organizing the first public library in the Colonies and the first volunteer fire department there. When it came time to document his final wishes, it was natural for Franklin to continue to serve his fellow citizens.

Parts of Franklin’s will reads like a letter, explaining his motivations to his heirs and to us: “It has been an opinion, that he who receives an estate from his ancestors is under some kind of obligation to transmit the same to their posterity. This obligation does not lie on me, who never inherited a shilling  from any ancestor or relation. I shall, however, if it is not diminished by some accident before my death, leave a considerable estate among my
descendants and relations. The above observation is made merely as some apology to my family for making bequests that do not appear to have any immediate relation to their advantage.

“…I have considered that, among artisans, good apprentices are most likely to make good citizens, and, having myself been bred to a manual art, printing, in my native town (of Boston), and afterwards assisted to set up my business in Philadelphia by kind loans of money from two friends there, which was the foundation of my  fortune, and all other utility in life that may be ascribed to me, I wish to be useful even after my death, if possible, in forming and advancing other young men, that may be serviceable to their country in both these towns.  To this end, I devote two thousand pounds sterling (over $4M today), of which I give one thousand therof to the inhabitants of the town of Boston, in Massachusetts, and the other thousand to the inhabitants of the city of Philadelphia, in trust, to and for the uses, intents, and purposes herein after mentioned and declared.” Ben planned for these gifts to initially provide loans of up to 60 pounds sterling, at 5 percent interest, to help young tradesmen establish their own businesses with the funds compounding over the next 200 years! He then directed that distributions be made from the funds at 100 and 200 years following  his death to further charitable causes.

Today, there remains three major pieces of  Franklin’s public legacy. Two of these were created with the 100-year distribution—the Benjamin Franklin Institute of Technology in Boston and the Franklin Institute, a science museum in Philadelphia. The third is a scholarship fund now managed by the Philadelphia Foundation which, since 1993, has provided nearly 700 scholarships for young men and women to attain technical degrees. Ben Franklin continues “to be useful” 228 years after his death! The average inheritance is spent within 18 months.

We provide a compassionate and confidential approach to help clients get their financial houses in order including multi-generational planning that can bless rather than curse the people and institutions you love. We can work on an ongoing basis or provide specific quotes for any of your one-time planning
or investment needs and we always offer an introductory meeting at no charge to allow you to ask us anything that is on your mind and get to know us better.